Bridge the Great Health Divide, doctor shortage in the Mid-South 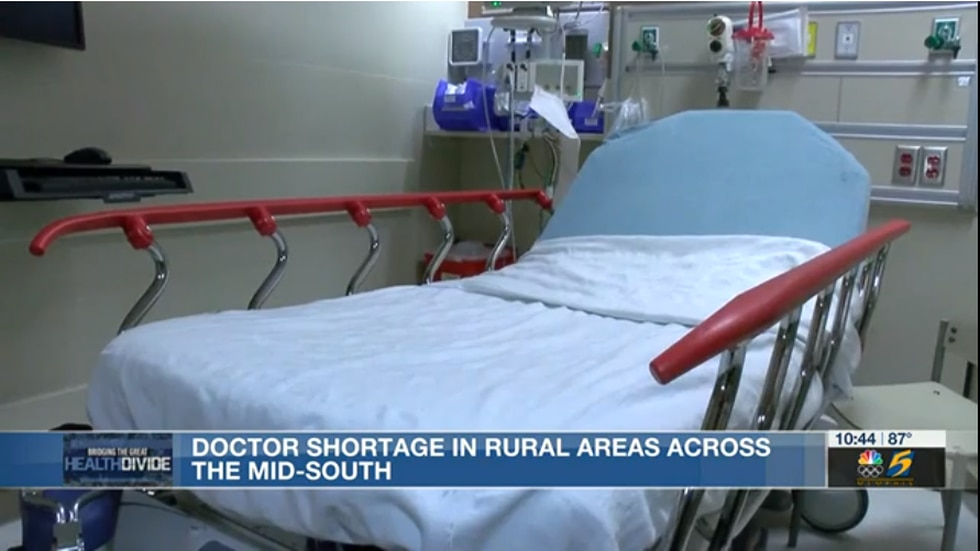 MEMPHIS, Tenn. (WMC) – The issue of too many people and not enough doctors has been an issue that’s plagued parts of the Mid-South for decades.

The Association of American Medical Colleges projects the country will face a shortage of between 54-THOUSAND to 139-THOUSAND physicians by 2033.

In the Mid-South, health officials say the shortage is due to a majority of the area being rural.

“Getting people to practice in rural areas can be difficult especially when we have outmigration,” Director of Rural Health and Primary Care Quinyatta Mumford said.

The University of Arkansas for Medical Services says over 500,000 people live in an area defined by the federal government as lacking the adequate number of health professionals to serve the population. According to the Arkansas Department of Health, 50 out of 75 counties in the state fully or partially meet that definition.

“That patient to provider ratio exceeds 3,000 to 1 which is an increased burden on the provider,” Mumford said.

The Arkansas Department of Health partners with several organizations that have mobile health unit, one of them is Arkansas Minority Health Commission. Mumford says they cover all of the state to help fill in the gaps.

“They have the ability to reach some of those targeted areas that have access to care issues,” Mumford said.

Hospitals like Baptist Memorial are well aware of the shortage.

Mark Swanson, vice president of physician enterprise with the hospital, believes there are plenty of graduates coming out of medical school but not enough training slots and that’s why they’re increasing their residency programs.

“For us to meet the demands that we’ve got out there, because it is hard to recruit to the Mid-South we’ve started a number of residency programs. We’ve now got 3 internal medicine residency programs, two in Mississippi one in Arkansas,” Swanson said.

When looking at Tennessee the majority of the state is also medically underserves. Kimberly Lamar, Assistant Commissioner for the state’s Health Disparities Elimination office, says while all 95 counties have primary care access that does not mean all specialties are offered.

“It’s 40 counties in Tennessee that don’t have OB providers so there’s a ton of those. So there are 5 counties with no dental providers,” Lamar said.

Lamar says they see about 1 percent of doctors retire, and believes the issue is with recruiting and retaining providers.

To help fill that gap, the College of Medicine at UTHSC recently launched a 3-Year Curriculum Program that will allow students to graduate faster and help with the ongoing shortage.

“We know that about 60 percent of our students who do both medical school and residency here stay in the state so we believe that this will increase the number of primary care physicians in our state,” Executive Dean of the College of Medicine Scott Strome said.

Doctor Scott Strome, executive dean for the College of Medicine at the university, says the school provides about 40 percent of the physicians in the state.

When they saw a need for doctors in rural areas they also saw the debt those doctors carry.

Strome says that’s why they wanted the program to also be financially beneficial, cutting out a year of medical school and payment for these students.

“Typically primary care specialties are less well reimbursing and those students have a lot of debt so when you combine those two things together it’s a scary prospect for a physician,” Strome said.

Strome says this program is modeled off of a successful one launched by New York University.

It began in 2013. A study by the Journal of the Association of American Medical Colleges found as of 2019, 123 students went through the program and 81 graduates are now in residency programs.

According to the Association of American Medical Colleges from all three states in the Mid-South Mississippi has highest retention rate for doctors at 57 percent. Tennessee has the lowest with a 47 percent retention rate.