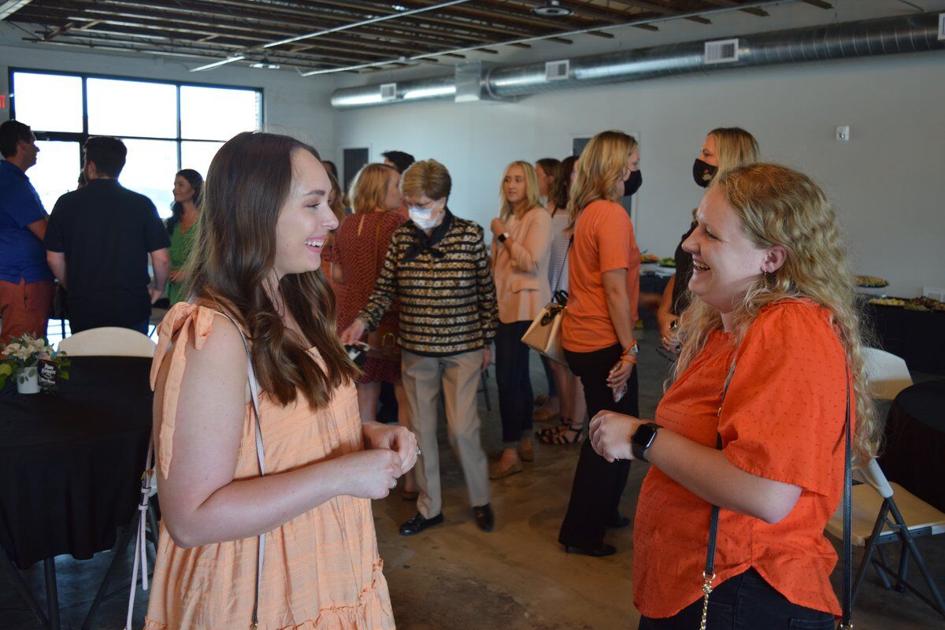 Oklahoma State University Center for Health Sciences and the Cherokee Nation established the first tribally-affiliated college of medicine in 2020, welcoming 54 first-year medical students. A year later, students shared their experiences during an open house at the Foundry on Shawnee on July 26.

According to the event planner and real estate agent Suzanne Myers, the purpose of the get-together was to welcome incoming students and to show them a little bit of what Tahlequah has to offer.

“We have representatives from Cherokee Nation. We have representation from Northeastern Health System. We have someone from NEOHealth, the chief of police, Tour Tahlequah, the Tahlequah Area Chamber of Commerce. We want to let the medical community know what we have to offer them for the next couple of years,” said Myers.

The event was inspired by a Facebook post of a student who was able to study for exams in nature at Sparrow Hawk. The post reminded Myers the Tahlequah campus has something special to offer.

“We’ve had tremendous support from the city, Cherokee Nation, various donors, and others who are making this a wonderful event,” said Myers.

Among them is Mackenzee Hester, a second-year student who came to Tahlequah because she wanted to study somewhere that reminds her of home.

“I’m from Washington, Oklahoma. It’s a really small town. I’m also Native, so the fact that it’s a tribally-affiliated medical school appealed to me. It’s also in a small town, and I’m from a small town, so I knew I’d be more comfortable here,” said Hester.

She felt grateful for events like this because they show the community cares about them.

“The city of Tahlequah has really reached out to us and made us feel welcomed into the community,” she said.

Shelby Cummins is also a second-year student and came to Tahlequah because she wanted to study in a small town.

“The class size was perfect for me. I graduated from high school with 75 people, so a class of 50 felt really homey and not as intimidating as the 120 I would have studied with in Tulsa,” said Cummins.

She heard about the program when she was a junior in college.

“As soon as they announced it, I was excited about it,” she said. “I went to Oklahoma State for undergrad, so on my application, I preferenced this campus over Tulsa’s because of the smaller class sizes, and I thought it would be exciting to be a part of something new.”

Brandon Courteau is an incoming medical student from Kingfisher, Oklahoma, who came because it was his first day of orientation. He was excited to get to know his classmates.

“I’ve been in the medical field for at least five years, and I’ve loved learning and the idea of treating the patient, not the disease,” said Courteau.

Kelly Sprawls Marak operates the Legacy at MK Ranch and an Airbnb. She also works as a hospital assistant at NHS. She came to meet the incoming students and to tell them her story.

She, like many of them, is not from Tahlequah, but has learned to love it over the years. She moved in 2013 after falling in love and marrying Creticus Marak, a pulmonary doctor living in Tahlequah.

“It’s really beautiful. I love the vegetation. There’s a lot to do, inside and outside. I love the university. I like the flair we get from Cherokee Nation,” she said.

The Texas native hopes that a handful of students, like her, will find a reason to stick around after graduation.